luxury armored cars: A Classy Way for The Rich and Famous to Escape

By Presidential transportation
Posted October 3, 2022
In Armored Transport
luxury armored cars: A Classy Way for The Rich and Famous to Escape2022-10-032022-10-10https://www.uspresidentialtransport.com/wp-content/uploads/2021/06/armourd-suv-miami.pngArmored Car Sales and Rentalshttps://www.uspresidentialtransport.com/wp-content/uploads/2022/10/luxury-armored-cars.jpg200px200px

The Pullman State Limousine accomplishes the rare feat of being enormous while not having a tank-like appearance, despite the fact that it can perform tank-like functions. Because it is both bullet- and intense while yet being comfortable, celebrities like Elizabeth Taylor and Elvis Presley as well as political leaders like Fidel Castro and Idi Amin chose it as their favorite armored car.

Nobody else does style quite like the Italians, it must be stated. While an armored car must be able to survive attacks as well as be bulletproof cars, this does not imply that its aesthetics should be in any way diminished. After all, we are discussing Maserati! Because this Quattroporte is identical to the normal model, the Italian government favors it as its favored vehicle.

The 5.0-liter V8 armored version by Range Rover, which has a reputation for producing reliable, robust automobiles, is no exception. Its exterior is bulletproof, as is the case with all self-respecting and high-security vehicles, but it also has a few other nifty features: it can drive even with flat tires; the fuel tank self-seals to prevent being targeted; as well as the sides and underneath are protected from explosion grenades. By doing this, it protects its inhabitants from bombs and high-powered weapons. Its flexibility and reliability are increased by the fact that it can handle practically any terrain.

The Phaeton’s ability to have both its inside and appearance completely customized to meet the needs of even the most demanding customers is something that has kept it so well-liked. It is extremely safe and can shield its occupants from strong attacks because of its armor-plated shell. Angela Merkel, other European leaders, and indeed the Pope have all used it.

The name Rolls-Royce has long been associated with elegance and superiority, and the armored version is no exception. In order to assure the absolute safety of the car, the exterior is composed of Kevlar, but nothing more is available about its characteristics, which the carmaker holds tight to its breast. This vehicle was chosen to transport Queen Elizabeth II, a Sultan of Brunei, and one of the Iranian Shahs.

When creating the Audi A8 L Security, the designers considered a wide range of possibilities. It can withstand the majority of bullets and explosives because of the B7 armor plating, the best quality. Even the windshield has its own dynamite to blast it out over a quick getaway. However, they didn’t forgo comfort in favor of security.

When Barack Obama was president, Cadillac produced “the Beast,” his official vehicle.

You would anticipate a fearsome car with such a moniker, wouldn’t you, because you’d be correct—even if it weren’t the mode of transportation for the position of the most powerful position in the world. The vehicle that carries the leader of the country is as well-equipped as someone could probably imagine, and it resembles a mobile bunker. 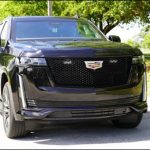 Reasons why businessmen might select an armored SUVArmored Transport 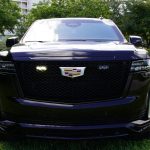