Luxury armored vehicles are a class of vehicles that are designed keeping in mind that the vehicle is not compromised in case of an attack and that the passengers in the car are safe and sound. These bulletproof luxury cars use special technologies which set them apart from the standard cars on road. Bulletproof windshield and glasses, armored doors, puncture-resistant tires, ballistic under sheet are a few features to name. Armored vehicles are used by people who are in constant threat – world leaders, politicians, businessmen are the segment of people who use these vehicles. Since these vehicles are used by the top creed of people, the cars don’t compromise from luxury. So, which are the top 7 safest luxury cars in the world. Here is a list of the top 7 cars:

The Rezvani Tank has been turning quite many heads since its launch. The all-terrain vehicle has all the features of a 4×4. The car also features ballistic armor which is available in three packages which include Kevlar Armour, Bulletproof Glass, military-grade run-flat tires, etc.

If you are looking for something which defines sheer luxury and at the same time also protects you from any attack then the Mercedes Maybach Pullman guard is the perfect car for you. The longest Mercedes, this car in the limousine style car can seat 4 passengers at the back in facing each other configuration.

The BMW X5 Security Plus is a car that looks no different from the standard X5 which runs on the road in general specifications. Thanks to the BMW manufacturing engineering, they have been able to provide the car with armor protection without compromising with the looks of the car. The car is armored against AK47 and .44 Magnum.

Audi’s armored A8L is a sedan that can carry both the aesthetics and silhouette of a premium business sedan and a highly armored vehicle. The car is fabricated with aramid fabrics, special aluminum alloy, and hot-formed steel armor.

Range Rover is a pure class car. An off-roader with an immense on-road presence the car is a bold mixture of pure luxury armored cars and off-road capabilities. BE it any terrain, this car can take over it. The Range Rover Sentinel is a derivation of the Autobiography model from the range rover series. The armored vehicle is designed to resist blasts from the DM51 grenade and satisfies the VR8 level ballistic level.

The Lincoln Navigator is a massive SUV. Even massive is an understatement for this SUV, it’s huge both in size and capabilities. The exclusively premier SUV boasts all luxuries you can expect from a car. The car is also equipped with INKAS armor, which protects the passengers in it from attacks.

The above-listed vehicles are the best vehicles when it comes to both luxury and safety. The cars are designed keeping in mind that the passengers in the cars are in the most luxurious cars they can be and at the same time be safe for the passengers. 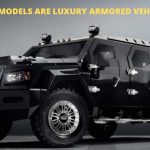 What car models are luxury armored vehicles based upon?ARMORED CARS 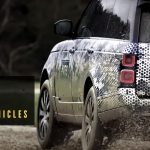 Importance Of Bulletproof Glass For The Armored VehiclesARMORED CARS