4 Advantages of owing an Armored Vehicles

Why You Should Get an Armored Car

Armored vehicles are highly reliable vehicles. These have been manufactured with the highest grade of metals and plastics. These metals and plastics have been designed and formed to resist attacks from bullets and bombs. In case, the car is never hit by a bullet or has never been under attack then the life of the car increases to multiple more years. The cars also are equipped with extra fuel tanks to make sure that you can go that extra mile in case of an attack.

The used armored vehicles may sound big and bulky and not so stylish but that is not the case. Armored vehicles are normal-looking stylish cars that have in them internal modifications which make them armored. At first glance, and even of just closer inspection of the exterior of the car, not many would be able to tell the difference between an ordinary car and an armored car. The armored cars are modified keeping in mind that the car on the outside looks perfectly the same as a normal car of the same model.

This may not be directly related to the car and its features but reputation is the thing that matters more than the car. If you are a person who can be at risk of an attack and you own an armored vehicle then you would have a repute made for yourself of spending your hard-earned money on a vehicle specially modified for you.

Armored vehicles are one of the best things to own. If you are a celebrity, a businessman, a politician, or even the president of a country then you need an armored car that protects you from any kind of risk that may be available around you. 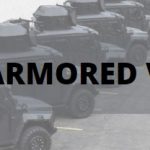 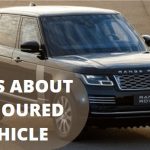 The most interesting facts about Armoured VehicleHiring Armored Vehicles